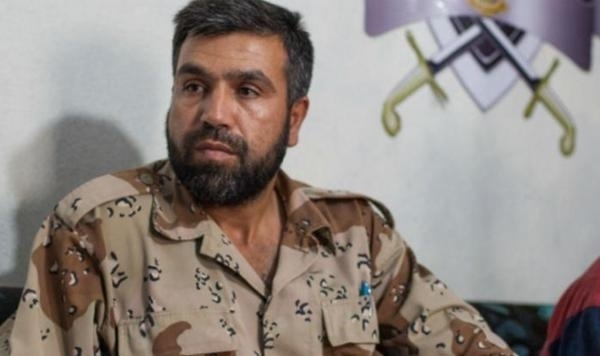 Kurdish media sources have confirmed the General Commander of the Syria Revolutionaries Front, Jamal Maarouf, entered the city of Kobani on Wednesday to join Kurdish forces in the fight against ISIS in the town of Sirrin, eastern countryside of Aleppo.

The sources explained that Maarouf entered the city from the Turkish border with 50 fighters, with a total of 300 fighters expected to assemble.  The southern countryside of Kobani has witnessed continuous clashes between forces of Operation Euphrates Volcano – Kurdish People Protection Units backed by militants from the Free Syrian Army – and ISIS fighters.

The past months have seen great progress of opposition fighters who arrived in the outskirts of the strategic town of Sirrin, which is located on the east bank of the Euphrates River, where regime forces desperately defend its positions.