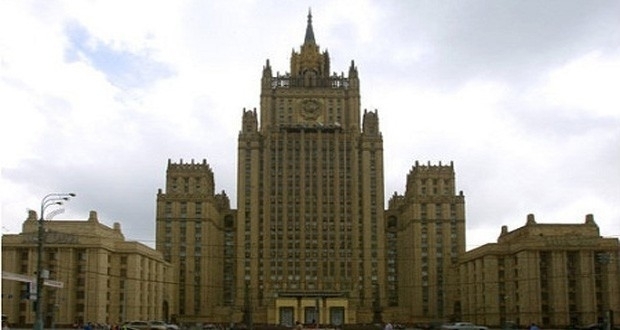 Deputy Russian Foreign Minister Sergei Ryabkov asserted that Moscow would not be making any trades or geopolitical deals with the United States in the context of resolving the crises in Ukraine and Syria.

Speaking to journalists on Monday following a meeting with US Assistant Secretary of State Victoria Nuland, Ryabkov said that no discussions in this context were made, and that such trades will not be made because Russia has a firm, clear position regarding Ukraine and Syria, which it refuses to be seen as a commodity or bargaining chip.

Russian and American experts are holding a round of consultative talks on Syria in the Russian capital of Moscow on Monday.

Russian Foreign Minister Sergei Lavrov and US counterpart John Kerry agreed to hold the consultations last week, as both sides stressed the importance of initiating joint work to push for a political solution to the Syrian crisis.

A Russian diplomatic source said both sides aim at a deeper and more detailed discussion of the issues relating to the political settlement in Syria, Russian media reported.

The US State Department also mentioned that US special envoy for Syria Daniel Rubinstein visited the Swiss city of Geneva, where the UN Special Envoy for Syria Staffan De Mistura is currently holding consultations with 40 parties, including representatives of the Syrian government and opposition groups, as well as regional and international countries.

The State Department revealed Rubinstein will travel to Turkey and Saudi Arabia to hold talks with officials and representatives of Syrian opposition groups.