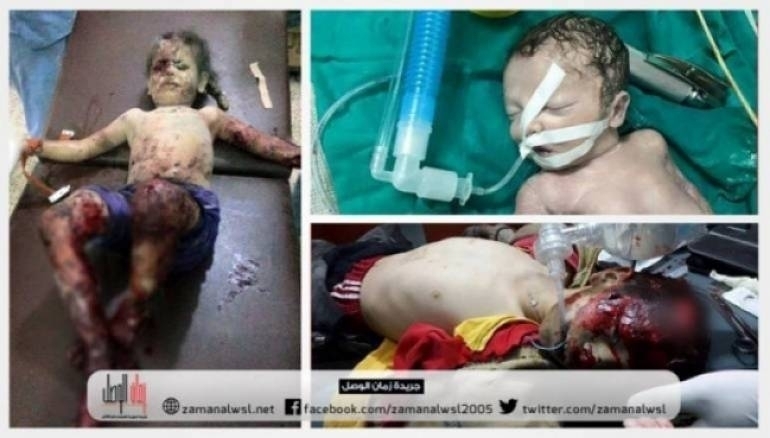 A new chlorine attack has targeted the village of Mishmishan in the northwestern province of Idleb, a Syrian monitoring group said Tuesday.

The Syrian Network for Human Rights said the chemical attack resulted in at least 19 suffocation cases in the village near the rebel-controlled town of Jisr al-Shughour.

Jisr al-Shughour has witnessed a fierce aerial bombardment campaign since the early morning.

The chemical attacks come amid significant gains made in northern Syria by the Fatah Army, an Islamist rebel alliance that recently seized the city of Idleb, the strategic town of Jisr al-Shughour as well as a regime military base.