Regime attacks on Aleppo have killed more than 150 people since the start of May, according to human rights groups 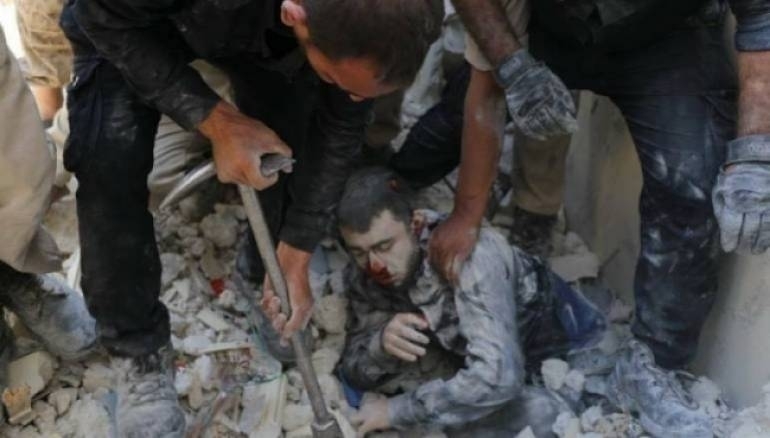 The Syrian air force intensified its aerial campaign against rebel-held areas in Syria on Sunday, conducting a series of airstrikes on Aleppo, Daraa and Hama, killing 15 people, activists said.

The Syrian Network for Human Rights (SNHR) said at least six victims, including a woman and a child, were killed in barrel bomb attacks on the neighborhood of al-Sukkari in Aleppo.

A missile attack on the neighborhood of Tariq al-Sadd in the southern city of Daraa on Sunday also killed eight civilians, including three women.