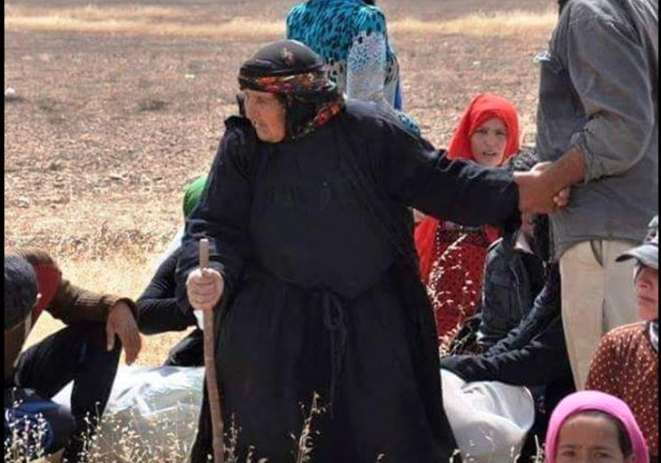 Activists on the Syrian border said Turkish authorities transferred around 3,000 people to the border crossing in Tel Abiad, where their names were documented and children were vaccinated.

According to activists, the refugees fled from the villages of Hashishah, Fowelan, Nis Tel, al-Mabroukat, at-Tawilah, ar-Raqabah and Solouk. Large numbers of displaced people continue to flee with thousands of people stranded at the border east of Tel Abiad.

Activists in the region confirmed that the Kurdish YPG militias had displaced the Arab residents of Rajm Inwa, Afilan, as-Sawawin, Hashishah, al-Flew, Bir Aasi, Bir al-Maajilah, Rajaan and Tel al-Khwera, all of which follow the city of Tel Abiad in Raqqa province.

The region has recently witnessed clashes between Islamic State forces and the Kurdish units seeking to control the largely Arab areas. Activists claim the Kurdish militia’s policy of depopulation involves the seizure and burning of homes in an effort to erase villages from the map, with direct assistance from the US-led coalition forces. Witnesses said thousands of Syrians gathered on the Turkish border with the majority of displaced from Tel Abiad and Ras al-Ayn. The Turkish authorities opened the border two days ago to accommodate thousands of new refugees.