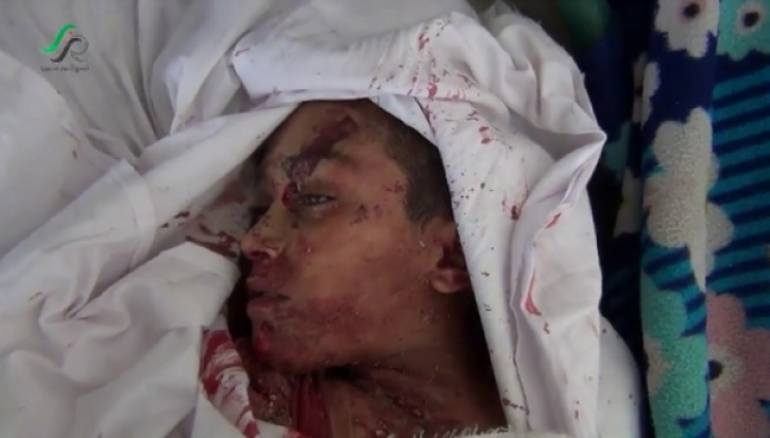 Local activists and the Syrian Network for Human Rights said regime helicopters dropped three barrel bombs on a crowded neighborhood in the village of al-Zafaraneh, leaving 18 civilians dead and 30 others wounded.

The aerial attack caused huge damage to the local market as a number of shops were completely destroyed.