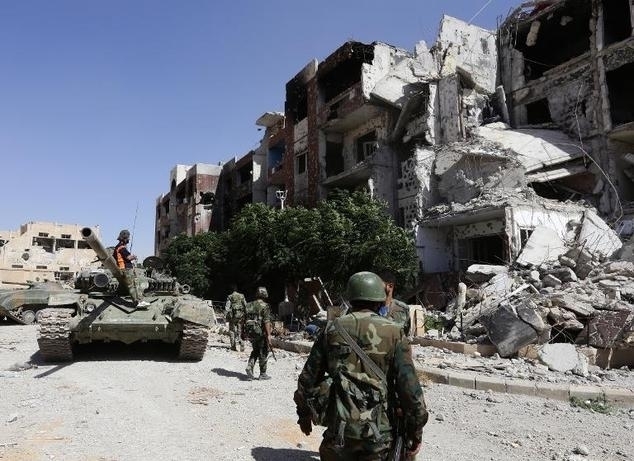 Ammar Abu Aisha, an infant who was diagnosed with cancer, has died in Douma city due to the lack of necessary medication resulting from over two years of siege imposed by regime forces.

Activists in Ghouta said the child died last Friday due to the lack of medication required for cancer treatment.

The activists added the child was eight years old and had been diagnosed with cancer almost four years ago. Douma’s Coodination Committee said Ammar had "suffered hunger, fighting the disease with his exhausted body, but the siege, the lack of treatment at the right time and the delayed doses were the cause of the deterioration of his health".

According to a report published by Syria Mubasher Network in eastern Ghouta, more and more people continue to die due to hunger and a lack of medicine, as more than 50 victims have perished since the beginning of 2015, most of them children.

Activists in Ghouta claim to have documented the names of all the victims of hunger. Some died due to malnutrition caused by the scarcity of food in eastern Ghouta, others died due to the lack of necessary medicines and medical supplies for patients in critical cases, while infants and children who died mostly succumbed to dehydration or hunger due to the unavailability of milk in eastern Ghouta.