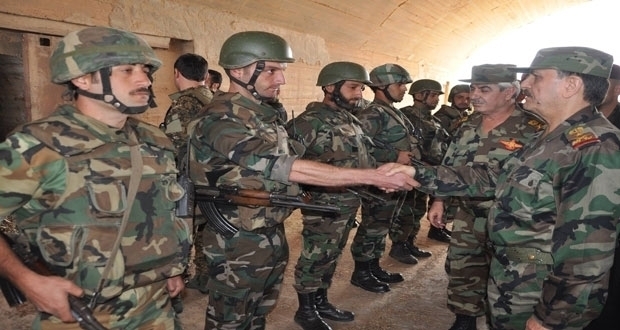 The military airbase in the countryside of the southern province was recently witness to heavy fighting between Syrian army forces and terrorist organizations.

Accompanied by a number of officers, Freij met with military commanders and combatants, commending their sacrifices and heroism in defense of the airport.

The defense minister was briefed by field commanders on the nature of combat operations against terrorist organizations in the area.

Freij expressed gratitude for the sacrifices made by Suweida’s sons and their support for the Syrian army, stating that the army and armed forces are always fully prepared to deter attackers.