Efforts of one country will not be sufficient to defeat regional terrorism, says Russian PM 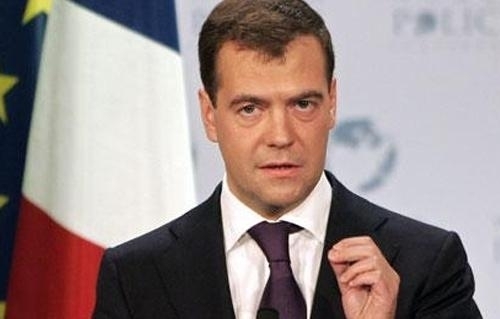 Russia’s Prime Minister Dmitry Medvedev said Thursday the only way to end the crisis in Syria is through a political solution reached by the Syrians themselves without foreign intervention.

In an interview with Egyptian newspaper al-Ahram, Medvedev said Russia’s position on Syria is firm, adding that the settlement should be based on the Geneva communique and that Syrians should decide the future of their country, as no side has the right to act on their behalf.

The prime minister stressed that Russia is communicating with representatives of both the Syrian government and the opposition to help assist in a national dialogue, adding that the efforts of one country would not be sufficient to confront the cross-border terrorism in the region.

Medvedev criticized the US-led coalition against ISIS, saying it was established without the approval of the United Nations Security Council. Countering terrorism, he said, demands unifying efforts among all countries under the rules of the international laws, including the UN Charter.