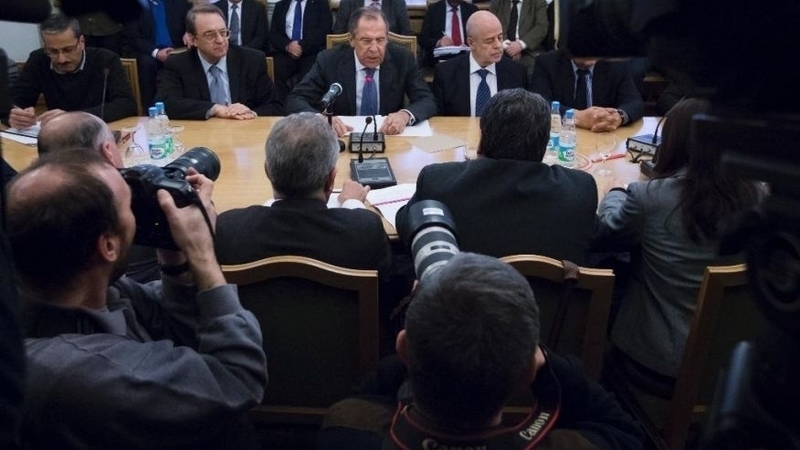 Russia’s foreign ministry recently announced that meetings with representatives from various Syrian opposition factions will continue in Moscow, following talks last week between Russian Foreign Minister Sergei Lavrov and his Saudi counterpart, Adel al-Jubeir, ahead of the upcoming visit by Iranian Foreign Minister Mohammad Javad Zarif, which may be followed by a similar visit by Syria’s foreign minister Walid al-Muallem.

The Syrian National Coalition delegation said its meeting with Lavrov in Moscow made a "good impression, and unified insight on ways to address the Syrian crisis and end the cycle of violence." However, Russia’s Interfax news agency quoted Coalition President Khaled Khoja as saying: “[the Coalition has] rejected a Russian initiative to form a new and effective international coalition that includes Turkey, Iraq, Saudi Arabia, the Syrian army and President Bashar al-Assad, to confront terrorism and ISIS."

Member of the Coalition’s political committee and the Coalition's delegation to Moscow, Badr Jamous, told the press, "there is no Russian initiative at all." Jamous announced in a statement to Asharq al-Awasat following the meeting with Russia’s foreign minister: "the meeting with Lavrov was positive and there were detailed discussions on all topics, and there was a convergence in views."

"We told them our point of view; that Bashar al-Assad cannot be part of the transitional period, and there was a complete agreement on the fight against terrorism and on the preservation of the unity of Syria and its institutions," Jamous explained.

Jamous added: "We have noticed that the Russian side is not sticking to Assad to a large extent, and it openly declared that they are interested in the unity of the Syrian land and the survival of state institutions, so Syria will not become like Iraq – specifically, the disintegration of the Iraqi state, its army and its structures. We told Lavrov that the war on terrorism would not achieve its objectives in Syria with Assad in power, and without the formation of the transitional government. We told him explicitly that it was us who started the war on terrorism, which was born from the womb of Assad's regime, who released terrorists from its prisons and armed them, putting the world in front of two options: either to accept the regime or face terrorism."

Jamous pointed out that the delegation has finished its meetings in Moscow and will return to Turkey, adding: "the meetings to be held with the Coordination Committee and other opposition forces aim at reaching a unified position about a solution in Syria."

Speaking to Interfax, Khoja said: "the discussions with the Russian side focused on the prospects for the [Moscow III] meeting," stressing that "any initiative should be based on the principles of the Geneva statement."