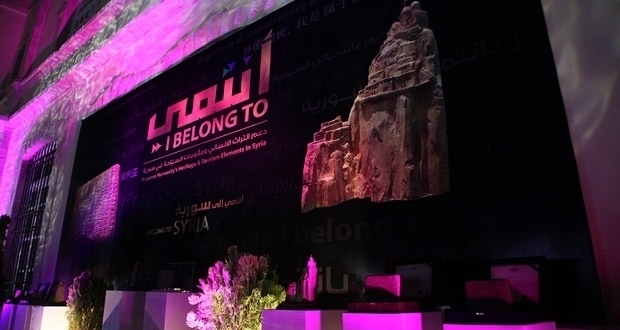 The Syrian Ministry of Tourism on Sunday launched an initiative titled “I Belong To” to support the country’s tourism section and its national heritage.

The initiative would place national, cultural, and religious icons on Syria-themed coins to show their historical and cultural significance, and distribute them to foreign countries with the help of embassies of Syria and the countries that are friendly to Syria as well as pro-Syria communities and organizations.

Revenues from the initiative will be used to support the tourism sector and national heritage throughout the country. Minister of Tourism Bishr Yazigi said the proceeds would be used to support tourism in Syria by rehabilitating a number of archaeological sites and promoting humanitarian tourism.

Syria’s Grand Mufti Sheikh Ahmad Badr Eddin Hassoun called for preserving the Syrian identity from which culture and civilization were exported to the entire humanity. He also warned against systematic schemes targeting the Syrian people to push them into leaving the country only to become illegal immigrants in the Western countries.

During the launching event, a number of the coins were sold, a few of them at several million Syrian Pounds; the money was paid in foreign currencies to support the national economy.