SNHR documented the killing of 19 members of the medical staff, 18 of whom were killed by regime forces and one by ISIS 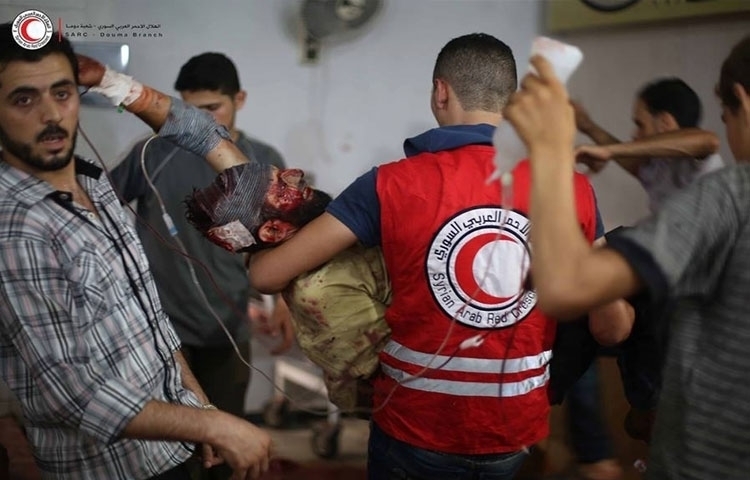 The Syrian Network for Human Rights (SNHR) issued a report on Thursday, September 3, that documented the violations against medical staff carried out in August by belligerents of the Syrian civil war.

The report confirmed that regime forces have been involved in the shelling and targeting of medical facilities since 2011, while other armed factions also killed and arrested a number of staff.

SNHR documented the killing of 19 members of the medical staff, 18 of whom were killed by regime forces and one by ISIS.

The medical staff who were killed by regime forces included a doctor, a pharmacist, six nurses, eight paramedics, two medical staff, and a volunteer at the Syrian Red Crescent Organization.

The report was based on first-hand accounts of survivors and families of the victims as well as analysis of photos, videos, and medical records. The report, however, did not include all of such caes due to censorshop and prosecution by regime forces and other armed groups.

The report concluded that the Assad regime has “blatantly” violated international humanitarian laws, stressing that the crimes committed by regime forces should be considered war crimes because they targeted medical personnel and facilities. The report call on the U.N. Security Council to assume legal and moral responsibilties for the ongoing events in Syria.

The report also recommeded that international organizations send volunteer workers to safety zones because many deaths were caused by the lack of medical staff.