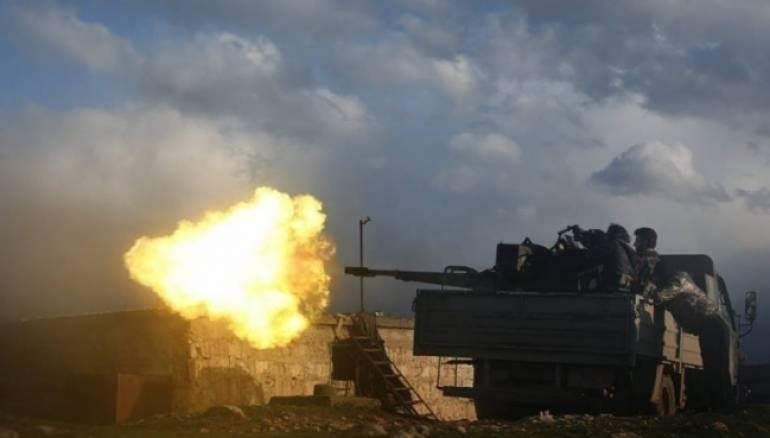 Rebel commander Abu Hassan told Zaman al-Wasl that the helicopter was filled with food and basic staples en route to besieged soldiers in Nayrab airport. Abu Hassan added the wreckage of the helicopter landed inside the airport fences.