At least 17 people killed in missile attack on Waer neighborhood 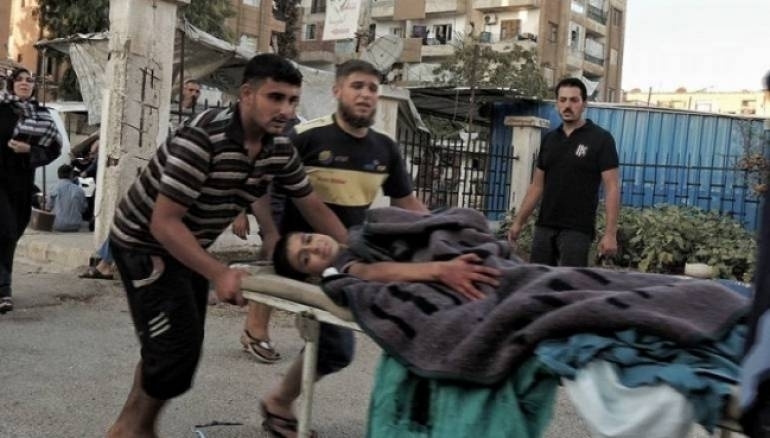 At least 17 people, mostly children, were killed in a Syrian army missile attack on the embattled neighborhood of Waer in the city of Homs, a monitoring group said Saturday.

The surface-to-surface missile struck a public park in the besieged neighborhood where dozens of children were celebrating the third day of Eid al-Adha, leaving 17 people dead, the Syrian Observatory for Human Rights said.