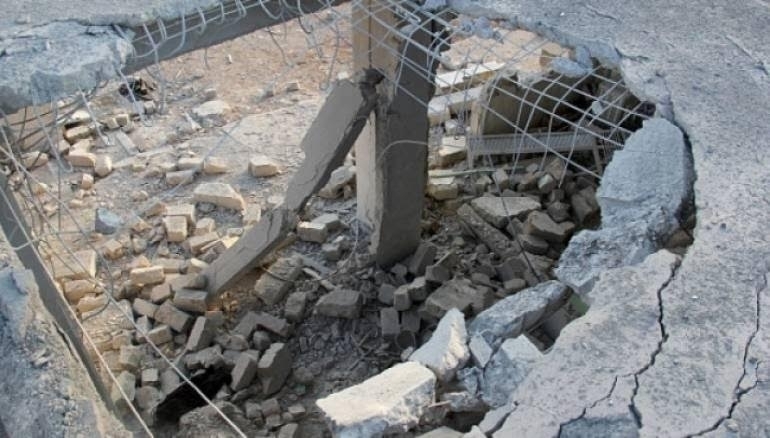 The Army of Conquest (Jaish al-Fatah), a dominant rebel group in northwest Syria, said 30 Syrian regime troops have been killed in clashes, claiming its fighters repelled an attack in Ghab Plain and in the eastern countryside of Hama province, contradicting earlier reports by regime sources.

The alliance of Islamist groups, including the Al-Qaeda-linked Nusra Front and Ahrar al-Sham movement, showed fierce resistance despite the barrage of air strikes carried out by Assad’s key ally Russia, activists said.

More than 30 tanks and 20 armored vehicles were destroyed since the offensive started last week, according to rebel commanders.

The Syrian Observatory for Human Rights said the Syrian military and its Lebanese ally Hezbollah had taken control of Tal Skik, a highland area in Idleb province, after fierce Russian bombing.

The advance brings Assad's forces closer to rebel-held positions along the main highway linking Syria's principal cities. The area is held by the Army of Conquest, according to Reuters.

"The coming battles are going to be ferocious, the Russians are using scorched earth policy and they are hitting the targets very accurately but this is a battle of destiny," rebel military commander Abu Hamed told Reuters.

The regime army also made advances from the towns of Mourek and Atshan in Hama province using tanks, heavy artillery and new surface-to-surface missiles, he said.