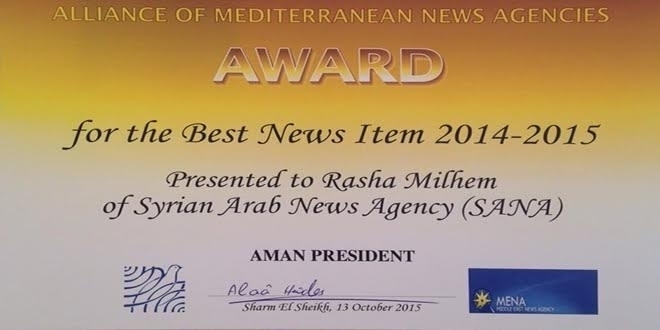 SANA Director-General Ahmad Dawa received the award on behalf of Rasha Milhem who translated and edited Imad Deghli’s article from Arabic to English.

George Penintaex, Secretary-General of AMAN, praised the article by Milhem and Deghli, while Dawa expressed his delight over SANA receiving the award, saying that the achievement is only a small reflection of the accomplishments being made by Syria and Syrian mass media, despite the terrorist attacks that target Syrian journalists.

Dawa also noted that eight members of SANA’s editorial staff have been killed by terrorist attacks.