Recent chemical attacks in Moadamiya represent a malicious effort by the Assad regime to derail political efforts to stop the killing, Coalition representative to the UN says 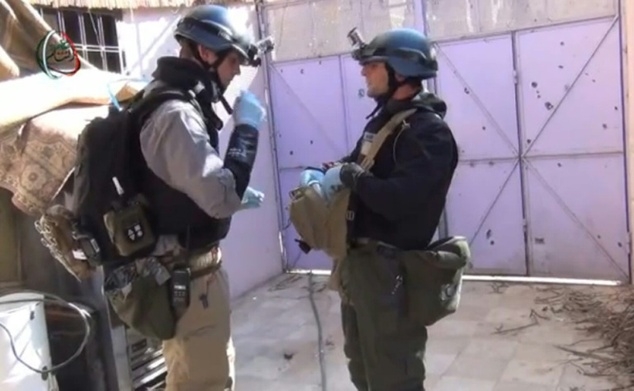 “Assad’s chemical attacks on civilians came amidst a fledgling local ceasefire that was only recently agreed. It clearly represents a malicious effort on the part of the Assad regime to derail political efforts to stop the killing. Rather than work to bring about peace, the Assad regime is actively thwarting peace: gassing civilians in a desperate bid to win new territory ahead of intra-Syrian peace talks. Such attacks can and must be stopped. Failure to do so will imperil the political process and make a political solution impossible.”

In his letter, Dr Ghadbian called on the Security Council to:

i. Protect Syrian civilians from future chemical attacks by enforcing a no-bombing zone.

ii. Demand an investigation into the Moadamiya attacks and direct the OPCW fact-finding mission to work without delay to determine responsibility for them.

iii. Enforce UN Security Council resolutions 2118 (2013) and 2209 (2015) and impose measures under Chapter VII of the UN Charter, to ensure that those responsible for Tuesday’s chemical attacks are held to account.

iv. Refer the situation in Syria to the International Criminal Court (ICC).

“It is unconscionable that such atrocities are allowed to continue, without so much as a statement of condemnation from the Security Council,” said Dr. Ghadbian.

“Syria’s civilians need protection from these indiscriminate attacks – and they need it now. A no-bombing zone would provide such protection, while also creating the conditions needed for a political solution to take root.”