Ministry tells UN that massacre in suburb of Begayliya would not have occurred without the constant support of certain states, including Saudi Arabia, Qatar and Turkey 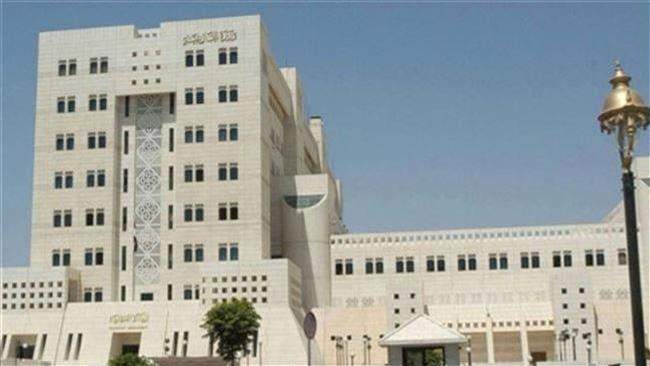 Syria’s foreign ministry said that the bloody massacre committed by the Islamic State against innocent civilians in the suburb of Begayliya, Deir-ez-Zor province, is a continuation of the barbaric and methodical terrorist acts committed by armed terrorist organizations in Syria by organizations which receive support from regional and international states that employ militants to serve their own narrow interests and geopolitical agendas in the region.

In two identical letters addressed to the UN Secretary-General and the head of the UN Security Council, the ministry said that “ISIS hordes attacked [Begayliya] suburb on Saturday January 16, breaking into houses and homes and murdering, slaughtering, and shooting innocent civilians, claiming the lives of more than 280 civilians, most of them women, children, and elderly people. In addition, the terrorist organizations abducted around 400 peaceful civilians from [Begayliya] and transported them to other areas.”

The ministry said that such crimes would not have been able to happen without the constant funding, arming, and logistical support provided by intelligence agencies of certain states, particularly Saudi Arabia, Qatar, and Turkey, adding: “in this regard, we underline the destructive role played by France whose diplomacy has become proficient in firing off nonsense which encourages the committing of terrorist acts by demonizing the forces that are actually fighting terrorism.”

The letters said the Security Council must take steps against the states that are supporting and funding international terrorist groups, including ISIS, Nusra Front, the Army of Islam, the Islamic Front, the Army of Conquest, the Free Syrian Army, Ahrar al-Sham Islamic Movement, and other affiliated organizations who continue to commit massacres and crimes inside Syria and threaten world peace and security.

The ministry demanded that the international community commit itself to fighting terrorism away from politicization and double-standards and by direct cooperation and coordination with the Syrian government.

The letters said that such terrorist acts are being committed before the very eyes of the US-led coalition and the other states that cooperate with it while the Syrian army and Russian air forces are waging an undaunted war on terrorism.