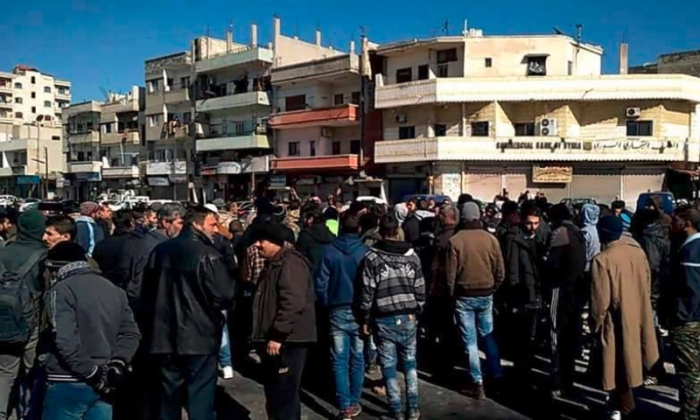 Dozens of Assad regime loyalists gathered near the old traffic roundabout in Homs city, blocking al-Sitteen road in the Zahraa district in protest over the two bombings that took the lives of over 20 people on Tuesday.

The sit-in began at 5:00 am Wednesday, January 27, with protesters demanding the resignation of the governor of Homs city, Talal Barazi, and the dissolution of the district security council.

Participants set fire to rubber tires at the beginning of the sit-in, in which a number of people from neighboring districts participated, including the Akrama neighborhood. Protestors said the intersection would remain closed until their demands were met, according to the webpage “News Network for Assad’s Homs.”

Other pro-regime pages reported from the sit-in, including the “News Network for Loyalist Homs,” which described the event as “wonderful,” adding that “the participants are outraged, and the demands and aims are clear. No security officer or official will stand in our way.”

Another said the aim of the bombing today in the Hamra district, which according to the official SANA news agency caused only material damage, was “to demonstrate to the media that bombings are not limited only to Zahraa and the surrounding districts.”