Syria's internal opposition denounces the attending opposition delegation to Geneva, adding that the peace talks were "doomed to fail" 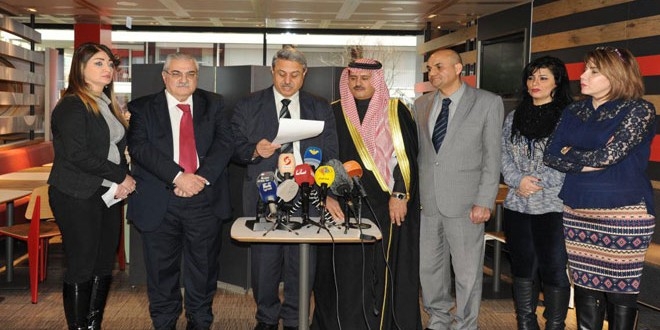 Syria’s national opposition said on Thursday that the opposition delegation formed from the Riyadh conference is responsible for the failure of dialogue in Geneva as it represents a Qatari, Turkish and Saudi agenda.

“Members of the Riyadh opposition didn’t want to complete the dialogue,” national opposition figures said at a press conference, affirming that solutions would be available from Damascus as the Syrian people are the only ones who protect the political solution.

They added: “We are searching for a partnership with anyone who has an interest in realizing security and stability in Syria… we have a group of principles to which all Syrians agree, mainly believing in the state of law and the national army.”

Members of the national opposition affirmed that they went to Geneva to represent the Syrian people, adding that the dialogue was doomed to fail if international sides were determined only to invite one opposition, represented by the Riyadh group, contrary to resolution 2254.