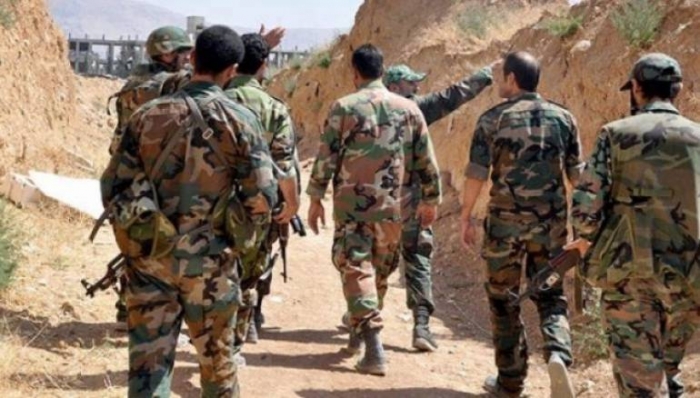 The Syrian army has urged youths in the northern Hassakeh province to join the pro-regime National Defense Forces (NDF) militias, a move that seeks to bolster the armed forces amid a shortage of manpower.

Activist Osama Mola-Mohammed explained the Assad regime established “recruiting brigades” because it failed to accumulate enough members in its forces from state employees, as most live in areas out of its control, like the Islamic State-controlled southern countryside and Kurdish-administered areas of Hassakeh and Qamishli.

The Syrian army, one of the region's largest, has been overstretched by a five-year insurgency with battles on several major fronts against Islamist rebels and ultra-hardline jihadist militants who have seized large swathes of territory. Many young men have fled the country or found ways to avoid conscription.

Mola-Mohammed says the Syrian regime managed to gather large numbers of employees to serve in the NDF in Damascus and its countryside, Homs, Hama and Aleppo since most residents are government employees, contrary to Hassakeh province where the majority work in agriculture, trade or outside the country.

At the beginning of February, Hilal al-Hilal, assistant regional secretary of the Syrian Baath Party and supervisor of the NDF militias, ordered the governor of Hassakeh to implement the immediate launch of training sessions for the militias.

An advertisement for the "Baath Battalions" militia in early February announced recruits would receive a salary of 25,000 Syrian pounds, plus 10,000 pounds as a fighting bonus.