Rights group says recent Syrian-Russian offensive in the country's north has pushed over 70,000 people to escape towards the Turkish border 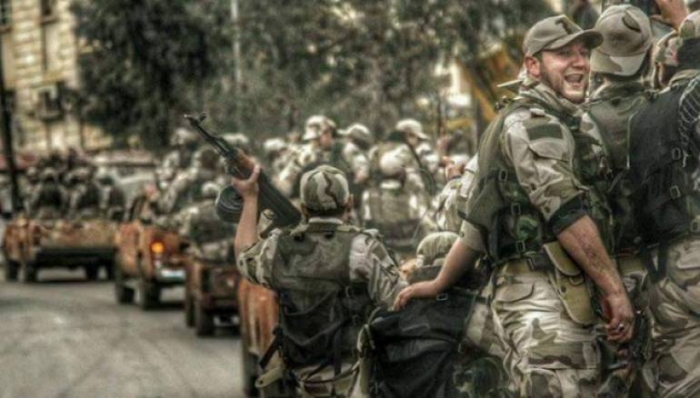 Syrian army troops advanced on the rebel-held town of Tal Rifaat near the northern Turkish border on Sunday amid a Russia-backed offensive that has prompted at least 70,000 people to flee, a human rights monitor and activists said.

Tal Rifaat is around 20 km from the Turkish frontier, where Syrians who have fled fighting near Aleppo city have been gathering since the assault was launched Monday, AFP reported.

It is one of the last rebel strongholds in the north of Aleppo province and regime troops are just seven kilometers away, according to the the UK-based Syrian Observatory for Human Rights.

Syrian pro-regime newspaper Al-Watan said Sunday that Tal Rifaat would be a major prize for the regime.

"If it falls, the (Syrian) army will be able to progress and seize control of all of the northern part of Aleppo province," the paper said.

Syria's mainstream rebels are now threatened with defeat after the Assad regime severed their main supply line to Aleppo city.

Opposition forces along with roughly 350,000 civilians remain in rebel-held areas of the divided city of Aleppo and face risk of a government siege.

Syrian activists launched a social media campaign urging rebel factions operating in Aleppo to unify under the “Army of Aleppo” to deter the regime offensive and avoid collapse.