Rebel commander says Russian strikes have displaced 10,000 people from Hama to the northern countryside of Homs 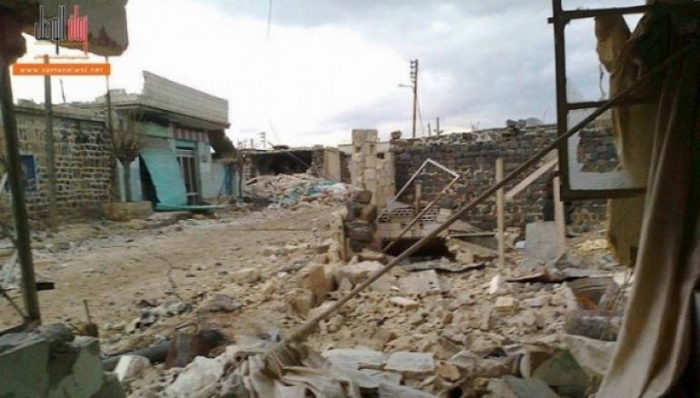 The villages of Harbanfaseh, Kissin and Burj Qaei have faced heavy aerial bombardment by Russian jets, an assault which reflects clear retaliation to increased Turkish aggression in Syria since Ankara downed a Russian warplane in November, activists and displaced Turkmen families said.

Meanwhile, the recent military offensive by Syrian government and allied forces has cut off 120,000 people in the northern Homs province since mid-January, worsening hunger and killing patients unable to obtain to medical care, a UN reported on Thursday.

"There are reports of increasingly acute shortages of food, basic commodities, medical items and fuel in the area. With the irregular supply routes used until mid-January now cut off, food items that are still available are now being sold at much higher prices," said the report by the UN humanitarian office.

On Sunday, Russian President Vladimir Putin and US President Barack Obama agreed to intensify diplomatic and other cooperation to implement an agreement on Syria struck at talks in Munich, the Kremlin said in a statement following a phone call between the two leaders on February 14.