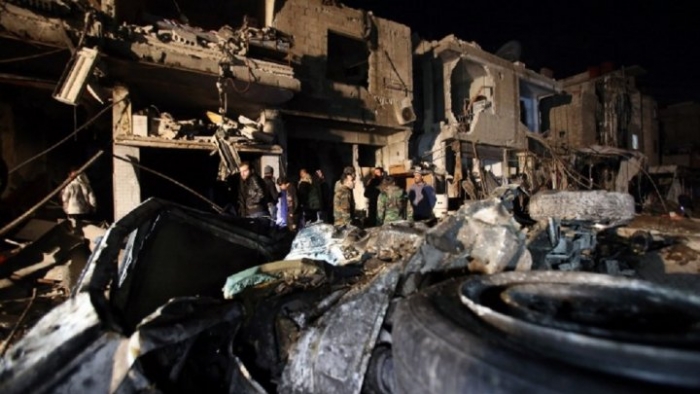 Syria's Foreign Ministry on Monday called on the UN to immediately and sternly condemn the terrorist bombings that targeted the Sayyida Zeinab shrine in the Damascus countryside on Sunday, killing 83 civilians and injuring hundreds more, most of them women, children and elderly.

In an open letter addressed to the UN, ministry said the Security Council’s continued silence and its lack of condemnation of terrorist acts encourages perpetrators and their supporters to continue committing violent acts against the Syrian people.

The attacks came hours after twin bombings also targeted the residential neighborhood of Zahraa in Homs city, claiming the lives of more than 46 civilians and injuring more than 110 people, most of whom remain in critical condition, the ministry added.

The ministry said the Syrian government demands the Security Council takes immediate deterrent and punitive measures against the states that support and fund terrorism, particularly Saudi Arabia and Turkey.