Over 1,500 targets destroyed by strikes in the past 10 days, according to military source 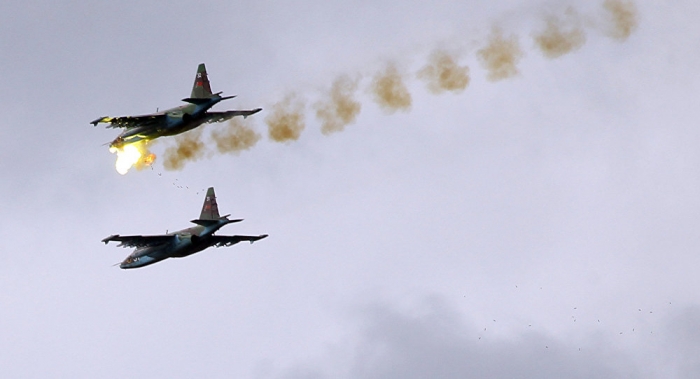 Russian and Syrian air forces have carried out 459 sorties against 1,589 terrorist targets in Syria since February 16, a military source told official news agency SANA on Wednesday.

In a statement, the source said that the attacks destroyed terrorist targets in Aleppo, Lattakia, Hama, Hasaka, Daraa and Homs.

According to the statement, the raids resulted in the destruction 10 fortified positions, tanks and machine gun-equipped vehicles, as well as killing more than 50 terrorists from the Islamic State group in the area of Athriya in the countryside of Hama province.