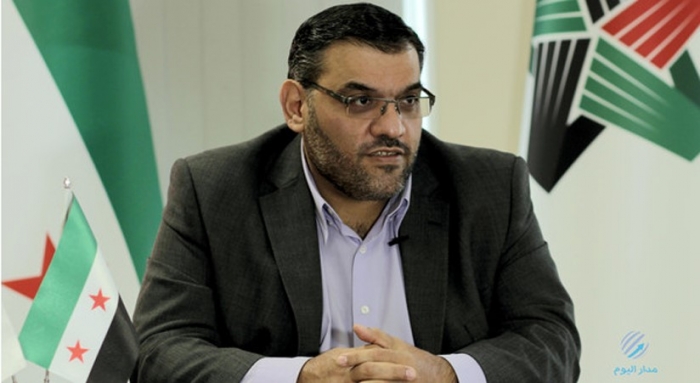 Newly appointed president of the Syrian National Coalition Anas al-Abdah said that the main opposition body will focus its efforts on reviving national pride among citizens and effectively representing the Syrian revolution.

Speaking after his nomination on Saturday, Abdah reiterated that there would be no role for President Bashar al-Assad in any transitional period or in Syria’s future, adding that the Coalition is keen on preserving Syria as a unified state and rejects all plans or projects aimed at partitioning the country.

The president also stressed that the political process must ensure the return of refugees to their homes and the rebuilding of Syria with the support of friendly countries.

“There are significant challenges facing the Syrian revolution internally and externally, but these challenges can be turned into successes if we deal with them properly. This can be achieved through working as a team within the Coalition and with the political committee,” Abdah added.

He went on to say that “the Syrian revolution is coming under unprecedented attack by a superpower, namely Russia, and also by the Assad regime, foreign militias, and [the Islamic State group].”

Pointing to the regime's breaches of the recently implemented truce, Abdah said: “The task force tasked with monitoring the ‘cessation of hostilities’ agreement must determine the side responsible for violations for negotiations to be resumed on a logical basis.”

Abdah also reiterated calls for the release the detainees, lifting sieges and stopping attacks on civilians before resuming the Geneva talks.