Attacks are an "inevitable consequence" of the wrong policies and of tolerance for terrorism to realize certain agendas, says Foreign Ministry source 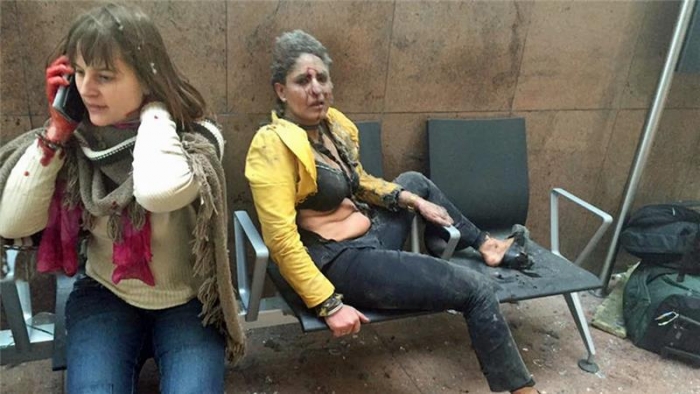 Syria strongly condemned the terrorist attacks in Brussels, saying they are “an inevitable consequence of wrong policies.”

Dozens of people were killed and others reported injured as several terrorist attacks rocked Zaventem Airport and Maelbeek metro station in the Belgian capital earlier on Tuesday.

An official Foreign Ministry source voiced Syria’s “condolences and sympathy” with the families of the victims.

Tuesday’s attacks in Brussels and others that previously took place in Paris and elsewhere in the world stress once again that terrorism has no boundaries, the source said, speaking in a statement to SANA.

These attacks, the source added, are “an inevitable consequence of the wrong policies and of tolerance for terrorism to realize certain agendas.”

The source renewed Syria’s call for uniting sincere international efforts to confront terrorism which it has been fighting for five years.

Concerted efforts are needed to curb the conduct of the countries supporting terrorism and compel them to stop providing support to the terrorist organizations, the source added.