Syrian factions armed by the CIA are fighting Kurdish rebels in the country's northern region, US officials and rebels confirm 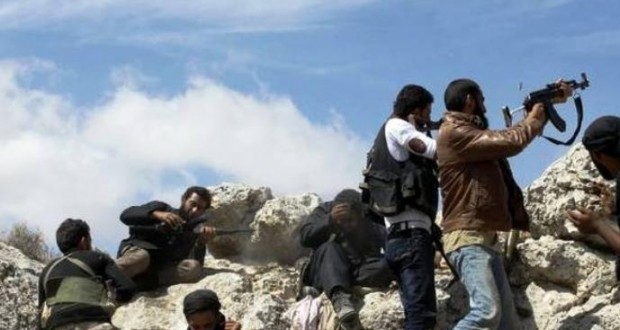 American officials confirmed that a dispute has erupted between opposition factions in Syria who receive support from the Central Intelligence Agency and another for whom the Department of Defence has overseen training, funding, and provided air cover to in its battles against the Islamic State. The plains between Aleppo and the Turkish-Syrian border have witnessed heavy clashes between the Knights of Justice (Fursan al-Haq) Brigade, supported by the CIA, and the Syrian Democratic Forces supported by the Pentagon, highlighting the differences in the agendas of the American agencies in Syria.

Adam Schiff, the top Democrat on the US House of Representatives' Intelligence Committee, described the clashes between the factions supported by the United States as “a fairly new phenomenon” and “part of the three-dimensional chess that is the Syrian battlefield.”

Fares Bayoush, leader of the Knights of Justice, a Free Syrian Army unit, said: “Any faction that attacks us, regardless from where it gets its support, we will fight it.”

The Syrian-Turkish border is considered a prime target for the militant factions in northern Syria as opposition factions try to preserve it as its main resupply line. It is meanwhile a route for delivering humanitarian aid to Syrians, while Kurdish forces – and before them ISIS – have worked to cut off communication lines between the opposition and Turkey.

The position of the United States is still ambiguous toward what role Turkey should play in northern Syria, especially after the Obama administration refused to set up the safe zone Ankara requested. President Obama has insisted on supporting Kurdish forces, which Turkey considers a threat to regional security. Previous meetings of US Congress have witnessed heated debate between its members on one side and the American Secretary of Defense Ashton Carter and Chairman of the Joint Chiefs of Staff Joseph Dunford on the other. In one session, Senator Lindsey Graham asked if the Pentagon-trained fighters were aiming to bring down Assad. Carter responded that those they were training were focusing on fighting ISIS and there was not a current military threat to Assad, pushing the senator to accuse the defense ministry and Obama of delivering Syria to Iran and Russia, which he said was a sad affair for America and a disaster for the region.