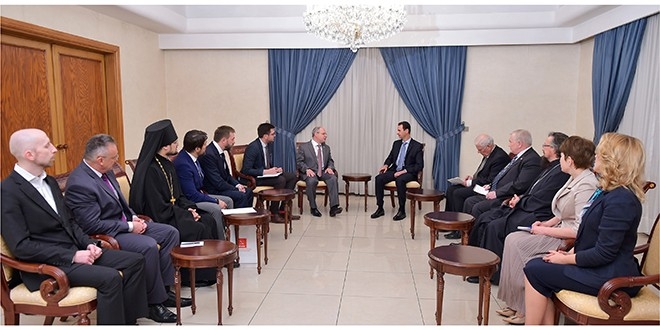 Assad made the remarks on Tuesday during a meeting with a visiting Russian delegation of parliamentarians as well as religious, social and media figures.

The president said the elimination of large numbers of terrorists has been the result of the support given by Syria’s friends, mainly Russia.

Assad added that Russia has proved its position as a superpower by following a strategy based on principles, values and compliance with international law.