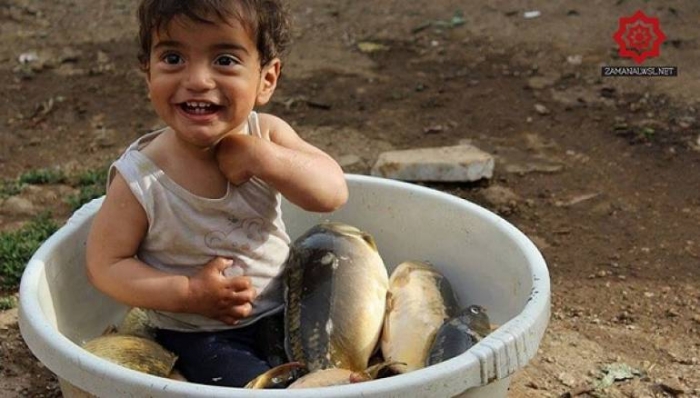 The UN-brokered “cessation of hostilities” ceasefire deal has ensured the revival of fishing in both lakes of Rastan and Harbanafsah and in water streams in Holeh, after four years of a complete halt in the northern countryside of Homs.

Zaman al-Wasl’s correspondent in Holeh reported that many of Homs’ residents have started fishing again after water was released from Taldo Dam to Rastan Dam.

Ghassan Ibrahim, a fisherman in Taldahab village, said he was forced to stop work after the siege of the countryside of Homs, as the Syrian regime and its allied militias seized control of the area around Taldo Dam, which is rich in many kinds of freshwater fish.

He added that ceasing fire between the regime and rebels has encouraged people to return to the streams of Taldo's and Rastan's dams to practice fishing as fishing conditions saw an improvement.

Ibrahim mentioned that fishing also provides a reasonable source of income for some people, especially the unemployed youth in the northern countryside of Homs, as the price of one kilogram of fish can range between 400 and 800 Syrian pounds.

Abo Mohammed Soleiman revealed that he catches several fish every day, enough to provide him and his family with a source of protein, compensating the lack of available red meat, as prices for one kilogram can reach up to 2,800 pounds.

He added that most people in the northern countryside of Homs are deprived of fish and other sources of protein.

Taldo Dam, 2 km to the south of Holeh town, relies on water from the springs and streams of Alhelo Mountain and Daher Qusayr, as well as heavy rain in the towns of Rabah, Kafram Alqabo. The dam is connected to Rastan lake via a 15 km stream where many kinds of fish live.