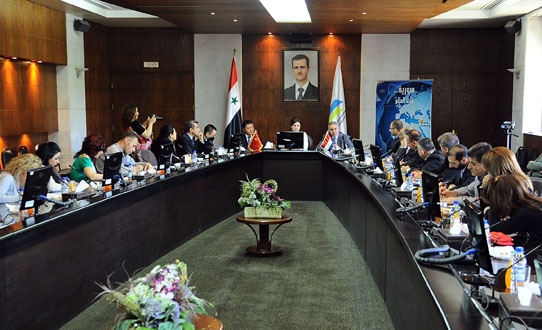 During the meeting which was held at the SIA’s headquarters in Damascus, Omawi reviewed various investment opportunities available for Chinese companies in Syria, noting that the current crisis has affected several sectors of cooperation between Syria and China.

Omawi pointed out the advantages of the new “Invest Through Your Mobile” application launched by the agency in order to encourage and streamline foreign investment in Syria.

In turn, the Chinese ambassador emphasized that Chinese companies are interested in increasing cooperation with Syria, particularly in reconstruction and other fields.