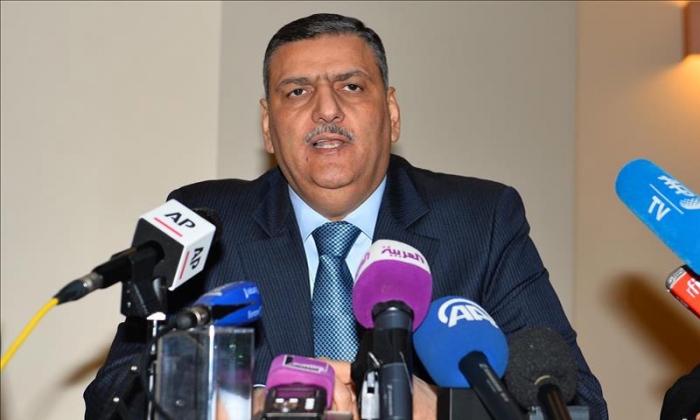 The general coordinator of the opposition High Negotiations Committee, Riyad Hijab, criticized the United Nations envoy to Syria, Staffan de Mistura, after comments in which he described the withdrawal of the committee from the talks as a political display.

The Anadolu news agency on Sunday April 24 quoted Hijab as saying, during his visit to the Nizip camp for Syrian refugees, that “since de Mistura was appointed special envoy to Syria the number of civilians killed and the number of towns and villages besieged by the regime and its militias have increased.”

Hijab added that “Syrians are dying of hunger under the sight and hearing of de Mistura and his team as a result of the blockade imposed by the regime and its allies on a number of Syrian cities and towns.” He said that the committee suspended its participation in the Geneva talks due to the continuing bombardment and starvation of civilians by the regime, and their efforts to ignore the goal of the talks regarding a political transition.

Hijab said that, “Assad clinging to the seat of power has forced more than half the Syrian people out of the country, living in brutal conditions and great suffering.”