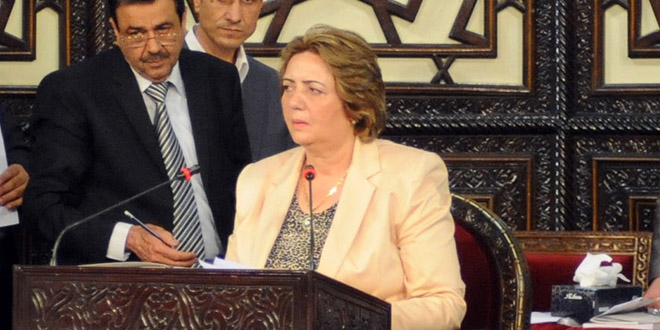 Syria’s parliament elected Hadiyeh Khalaf Abbas as its first female Speaker on Monday, June 6, the only woman to have held the position since the formation of the Syrian National Congress in 1919.

Abbas was born in 1958 in Deir-ez-Zor and holds a doctorate in agricultural engineering from Aleppo University. She has held positions at the National Union of Syrian Students and was a senior Baath Party member in Deir-ez-Zor from 1988-1998.