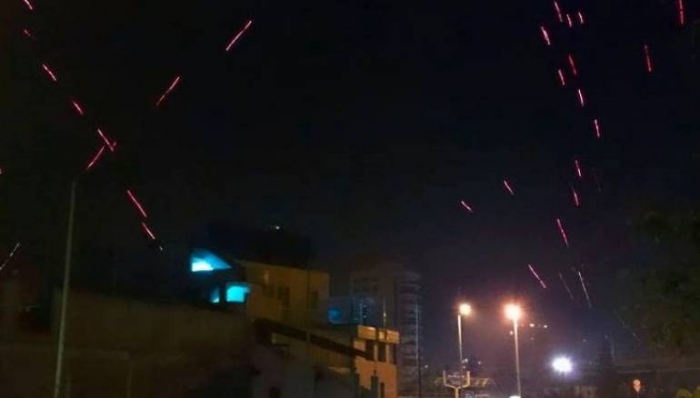 Dozens of Syrians in loyalist areas were killed and injured by gunfire from civilians celebrating news of the Turkish coup attempt on Friday night.

Two women were killed and dozens more injured in Syria’s coastal areas including Lattakia, Jableh and Kardaha, with most injuries resulting from gunfire by pro-Assad paramilitaries as they celebrated the coup attempt from their cars.

Activist Mohammed al-Sahili confirmed that the gunfire over Friday-Saturday had caused a state of fear after reckless individuals fired machine guns in the vicinity of residential apartment buildings.

Members of the civil and military police also participated in the shooting instead of attempting to stop it, the activist said.

Lattakia Media Network correspondent Mostafa al-Banyasi reported that seven civilians from the same building were injured by shooting from armed guards stationed at the checkpoint of the Tartous bus station.

It was reported that 27 injuries were brought to al-Basel hospital in Tartous, with three of them eventually succumbing to their wounds.

News reported that many were injured in loyalist neighborhoods on Homs and Damascus, with 30 civilians injured in the capital’s Mezzeh 86 district as initial news emerged of the coup.