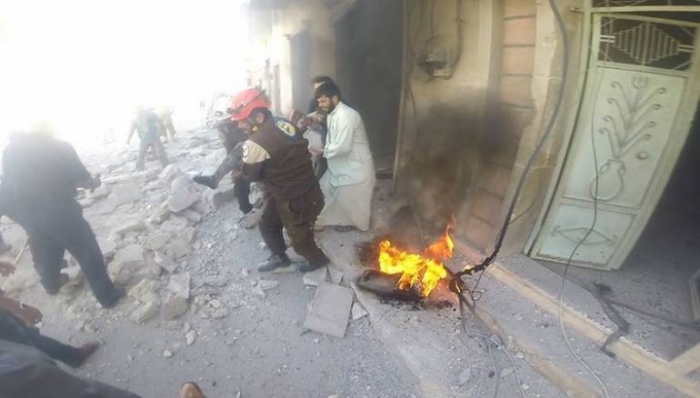 At least 10 people have been killed in a missile attack carried out by regime forces on the town of Telmans, northern Idleb province, medical sources said on Thursday.

Doctor Khaled Abou Abdullah said two children were among the victims when regime warplanes struck a gas cylinder store in the town.

In the nearby town of Maaret al-Numan, a woman was also killed and 15 more people were wounded in Syrian army strikes.

Meanwhile, Anas al-Abdah, the head of the opposition Syrian National Coalition called for a suspension of the US-led air campaign against the Islamic State in Syria while reports of dozens of civilian deaths from strikes around the northern city of Manbij are investigated, Reuters reported.

Abdah said the strikes should be halted while the incidents were investigated, according to a statement issued late on Wednesday, and warned that the killing of civilians by the US-led air campaign would "prove to be a recruitment tool for terrorist organizations."