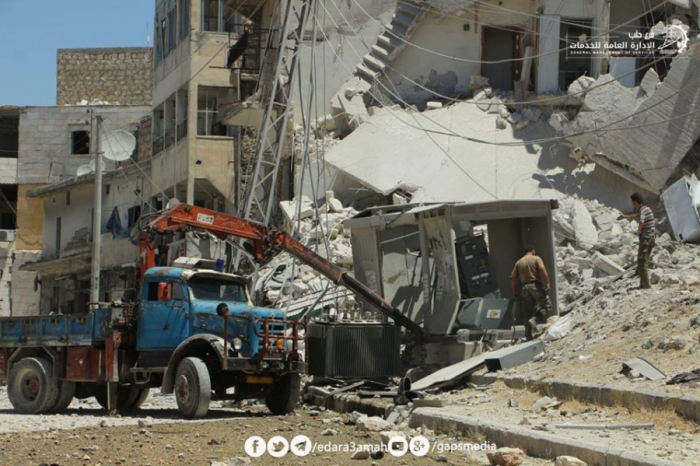 Syrian National Coalition’s member Nora al-Ameer pointed out that recent operations by the Assad regime and Russia have from the outset been clearly aimed at encircling Aleppo and forcing the evacuation of its residents.

The ongoing assault on the city is a continuation of the Assad regime’s strategy of forcing civilians out of the blockaded areas, Ameer said, adding that a similar tactic was employed in Homs in mid-2014.

Ameer noted that the United States bears a large part of the responsibility for the latest developments in Aleppo because of its lukewarm reaction to Russia's actions in Syria, as well as to the policy of forced displacement the Assad regime has pursued since 2012.

Deputy head of Aleppo provincial council Zakaria Aminu said regime forces targeted a family that was trying to leave the besieged areas of Aleppo. He warned of a humanitarian disaster as a result of the dwindling food and fuel supplies in the liberated districts of Aleppo.

He called on humanitarian organizations to intervene to save the lives of over 300,000 civilians trapped in Aleppo’s eastern parts. He also called on friends of the Syrian people to exert pressure on the Assad regime and its allies to lift the siege and stop the systematic bombardment of civilian targets in the city, especially hospitals.

Aminu noted that nearly 80 percent of the medical facilities in the eastern areas of Aleppo have gone out of service as a result of deliberate air strikes by the Assad regime and Russian forces.