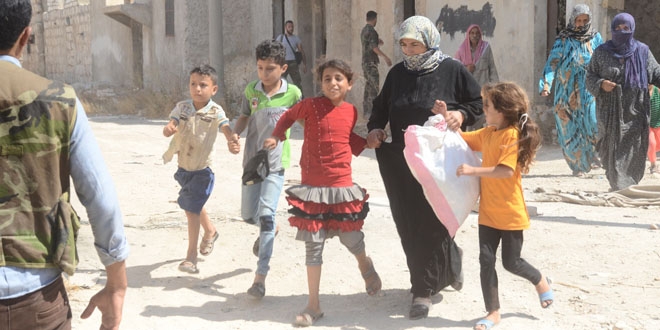 Scores of families besieged by terrorist groups on Tuesday left the eastern neighborhoods of Aleppo city through the Sheikh Saed humanitarian corridor set up by Aleppo governorate.

The civilians were received by Syrian army personnel and local authorities who transported them to makeshift centers.

A number of gunmen also turned themselves in to the Syrian army to have their legal status settled in accordance with the recent amnesty decree.