Syrian regime and Russia had amplified their air assaults, particularly in Aleppo’s Ramousseh area, to prevent the complete collapse of regime forces 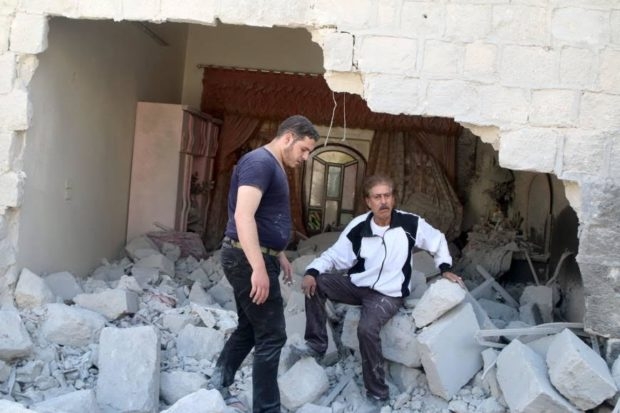 The opposition factions’ success in breaking the siege of Aleppo has changed the military balance on the ground with hopes that such an advance could reflect on the negotiations expected to be held in Geneva at the end of August.

Sporadic fighting continued in south Aleppo on Sunday after regime forces and their allies witnessed a blow when opposition factions succeeded in breaking the siege of the city’s eastern districts and to surround its western neighborhoods.

On Sunday, Jaish al-Fatah announced it had captured a number of members of the regime forces in the areas where the opposition was able to advance. Activists asserted that the Syrian regime and its ally, Russia, had amplified their air assaults, particularly in Aleppo’s Ramousseh area, to prevent the complete collapse of regime forces.

After controlling several military schools, particularly a strategic college, several opposition fighters coming from inside the city of Aleppo had met with other fighters emerging from the battlefield areas of Ramousseh, where the only supply road to western districts passes.

However, the Syrian Observatory for Human Rights asserted on Sunday that civilians were unable to leave the eastern districts of Aleppo because a road which had been opened for them in Ramousseh was still dangerous and unsafe. Activists also said that heavy shelling prevented the arrival of humanitarian aid to Aleppo.

Meanwhile, Riad Nassan Agha, spokesperson of the opposition’s Higher Negotiations Committee, told Asharq Al-Awsat that the victories of the opposition would definitely reflect on the political process, and not only on the negotiation table.

“These victories restored the opposition’s conviction that depending only on political solutions would achieve nothing,” Aga said.

He said events happening now on the battlefield would later decide the results of negotiations.

“The Syrian regime, Russia and Iran should realize that massacring a nation to secure the presence of one man in power is a mere illusion,” Agha added.

The spokesperson said Russia might now escalate its assaults and attacks on Aleppo. He hoped that the opposition factions would record more victories, and make the position of the Higher Negotiation Committee stronger.