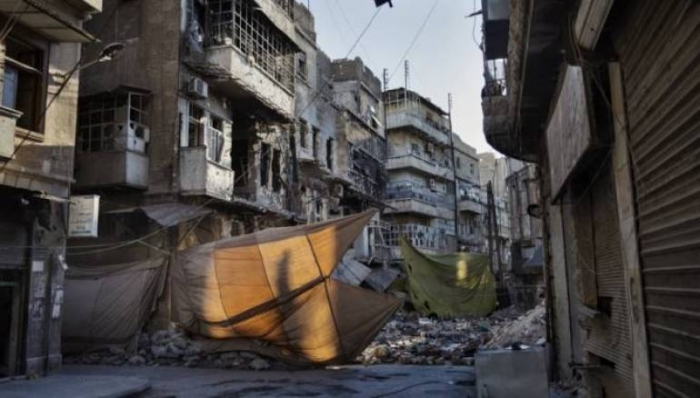 Residents in the blockaded rebel-held districts of eastern Aleppo city continue to suffer from extremely harsh humanitarian conditions amid a lack of available amenities, including a shortage of power as the area’s main electricity generators have ground to a halt due to lack of fuel.

Although a small number of generators continue to operate, the fear they might stop has increased with the decline in the amount of available diesel.

Spokesman for the Aleppo local council Bishr Hawi said he expected that all generators would soon stop operating, adding that he regretted being powerless to fix the matter as the council has prioritized giving bakeries the remaining fuel to ensure the continued production of bread.

The complete blackout that coincided with the battles in southwest Aleppo has impacted people’s lives more than before, according to activist Monther Atqi, as residents are now forced to survive in complete darkness.

Atqi explained that people are using pieces of ice to cope with the summer heat, but said only a few workshops continue to produce the blocks, adding that supply is slow and cost is high.

The general administration of services explained on its Facebook page that the power cut-off is a result of significant damage to the electricity generator station in Hamdaniya due to heavy shelling on the neighborhood.