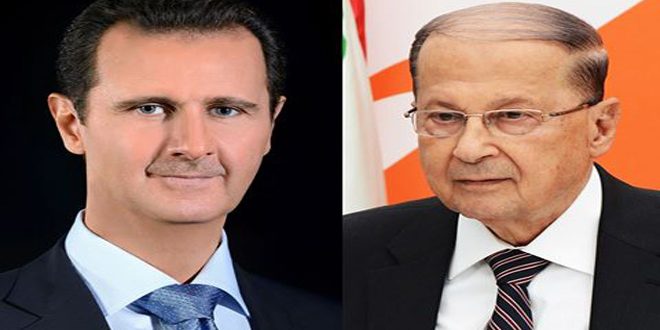 In a phone call, President Assad wished Aoun success in his role, voicing hope the step would form a new era in the Lebanese politics and contribute to boosting its stability.

The Lebanese parliament elected Aoun with 83 out of a total 127 votes by MPs to become president.