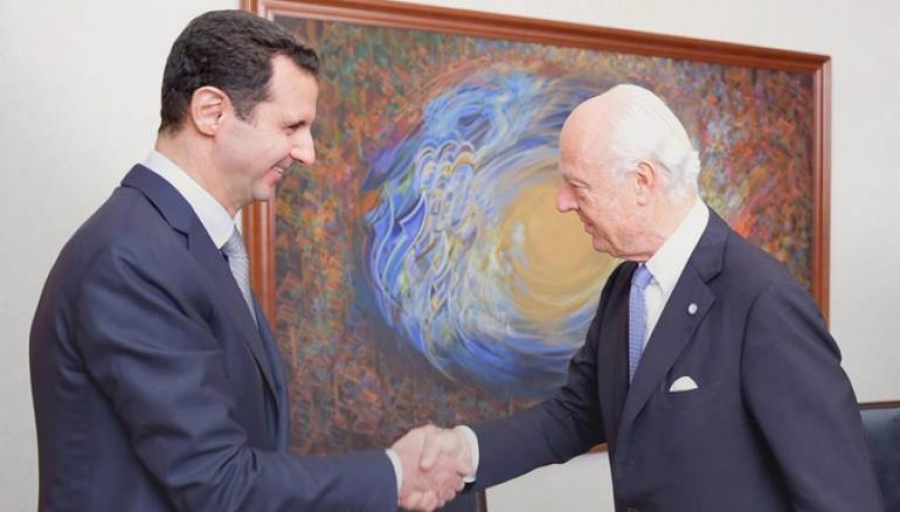 A prominent Syrian opposition leader has criticized remarks by UN envoy to Syria Staffan de Mistura who said that the offensive launched by the Free Syrian Army and rebel fighters to break the Assad regime’s siege on Aleppo may amount to "war crimes."

Secretary-General of the Syrian National Coalition Abdul Ilah Fahd said that De Mistura’s comments were biased and represented a “double-standard,” adding that the UN envoy has been silent over the war crimes committed by the Assad regime and its Russian ally in Aleppo's eastern districts, which has faced siege for nearly three months.

He said that internationally banned weapons, including white phosphorus, cluster munitions, and bunker-buster bombs have been systematically used against civilians in eastern Aleppo without the UN envoy openly condemning their use.

Fahd added that the UN envoy has also been ignoring the mass forced displacement and demographic change operations being carried out by the Assad regime.