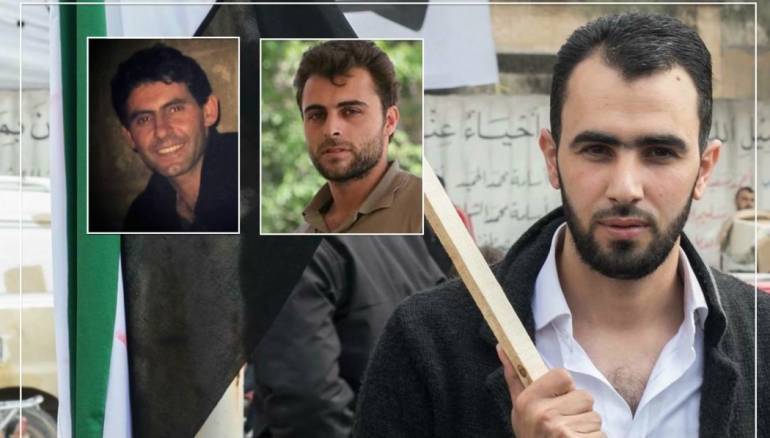 Reporters Without Borders (RSF) on Tuesday awarded its 2016 Press Freedom Prize to Syrian journalist and activist Hadi Abdullah for his work reporting from the country’s most perilous zones.

Abdullah “has unhesitatingly ventured into danger zones, where Western journalists are no longer willing to go, to film and interview civilians,” RSF wrote.

Abdullah was injured earlier this year when a bomb went off in Aleppo, killing his cameraman Khalid Issa. “Until now, and despite the passing of months since the bombing, I have not absorbed Khalid’s death,” he said.

“I dedicate the award to his pure spirit and to a number of friends who were martyred for freedom and dignity such as Tarwad al-Zahouri, Wissam, Shamel and others of the martyrs of word and truth,” Abdullah added.

Speaking with Zaman al-Wasl, Abdullah said, “The Syrian revolution will continue, and what is happening in our country is a revolution of the people and not a civil or religious war, as some western and Arab media portray it sadly.”

He concluded by saying, “The biggest loyalty to the martyrs who preceded us whether they worked in the military or media or humanitarian sector is that we continue their path and make victorious their revolution.”