Food production in Syria has declined to record levels due to fighting, lack of security, and weather conditions, putting millions at risk, according to the World Food Program 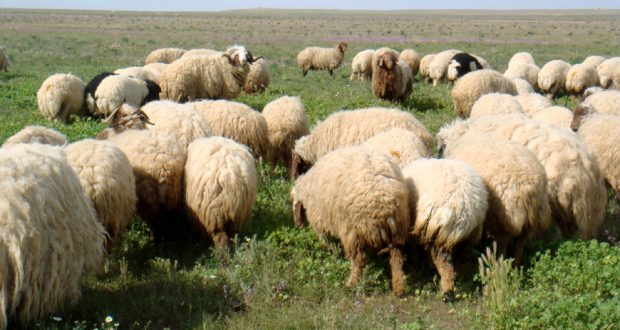 Seven million Syrians are currently classified as lacking food security, according to UN agencies, as the level of food production in Syria declined to its lowest levels ever as civilians suffer with the upcoming sixth winter since the start of the war.

The Food and Agriculture Organization of the United Nations and the World Food Program said that many farmers had been forced to neglect their land and had not been able to cover the rising cost of seeds, fertilizer and tractor fuel.

The two agencies added in a joint statement that the production of wheat necessary to produce flour, a basic component of the Syrian diet, had declined by 3.4 million metric tons on average since before the outbreak of the war in 2011 to 1.5 million tons this year. The area planted with seeds in the harvest season 2015-2016 was the smallest ever, based on field visits and surveys which also showed the decline of barley production to record levels.

Bettina Luescher, spokesperson for the World Food Program said during a press briefing in Geneva that food production in Syria has declined to record levels because of the fighting, lack of security, and weather conditions.

The organization responsible for grain under the Assad administration signed a deal to buy a million tons of what from Russia, Bashar al-Assad’s ally, to meet the needs of areas under government control for one year.

Although Syria was considered a source of livestock, Luescher said that, “Today, there are 30 percent fewer cattle, 40 percent fewer sheep and goats, and a staggering 60 percent less poultry – traditionally the most affordable source of animal protein in the country.”

Within this decline in food production, Luescher said that more than seven million people in Syria were classified as “food insecure,” meaning that they do not know where their next meal will come from. Meanwhile the World Food Program is distributing rations to more than four million people a month in Syria.