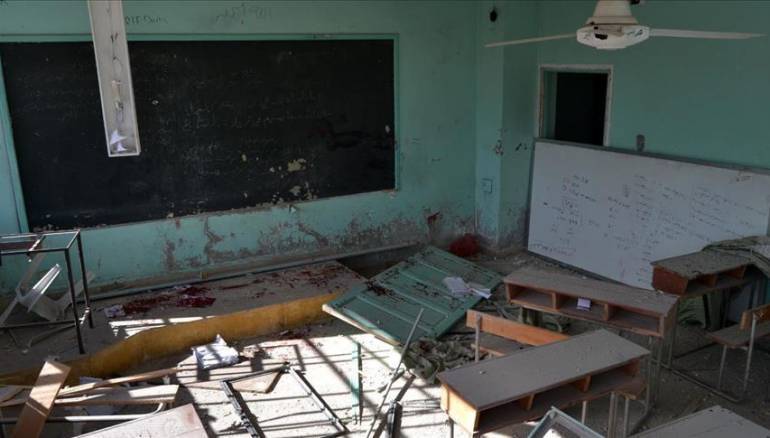 The education directorate in opposition-held Idleb said three schools in the villages of Kafr Eyn, Maerzeita and Al-Hubait were partially destroyed due the targeted airstrikes.

Two teachers lost their legs and many students were wounded in the attack, according to the directorate.

Regime-run television on Saturday said "the armed forces retook full control" of the largest rebel district in the east of the city, with official news agency SANA claiming operations were now under way to clear it of explosives left by rebels.

The capture of Masaken Hanano in the northeast of Aleppo could give the army an advantage in the battles for several other parts of the city's rebel-held east.

The operation is part of a major offensive now in its 12th day to take back all of Aleppo, Syria's second city and its economic capital before the war broke out in March 2011.