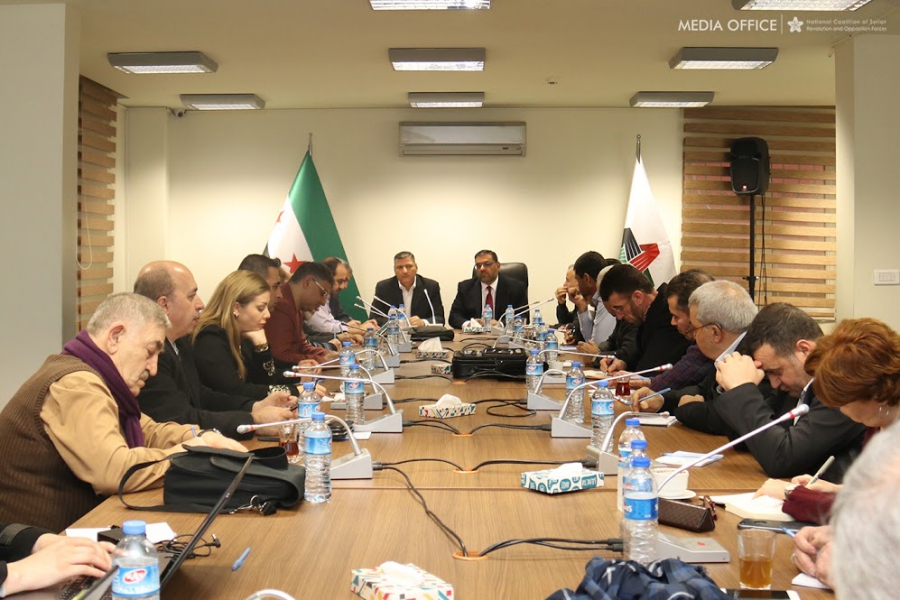 The President of the Syrian National Coalition, Anas al-Abdah, met with the General Coordinator of the opposition’s High Negotiations Committee (HNC), Riyad Hijab, earlier on Friday to discuss the latest political and field developments in Syria.

Abdah and Hijab touched on the recent ceasefire deal which was announced on Thursday, expressing the opposition’s readiness to cooperate with the agreement.

The two opposition figures also called for ending attempts by the Assad regime and its Iranian ally to sabotage the agreement, citing over 30 violations by regime forces and their allied militias within 12 hours of the deal’s announcement, especially in the Barada valley and East Ghouta in the Damascus countryside.

Abdah and Hijab said that the upcoming peace talks in Kazakhstan’s capital Astana should not be a substitute for the Geneva conference or be held outside the umbrella of the United Nations, stressing that the HNC represents the unified forces of the revolution and the Syrian opposition in any peace talks.