Damascus countryside governor reveals details of preliminary truce agreement to Syrian state news agency, which include the handing over of weapons to government forces and the expulsion of non-local fighters 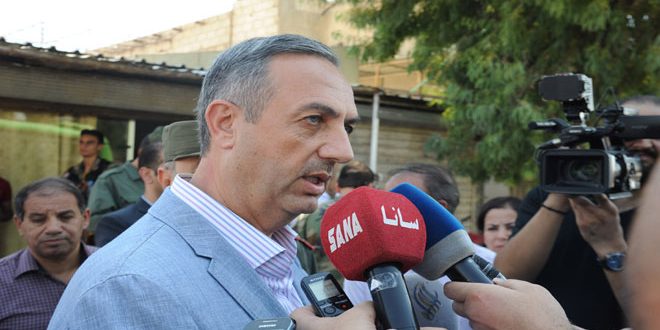 A preliminary agreement has been reached with the leaders of armed groups in the Barada valley area, Damascus countryside Governor Alaa Ibrahim told state news agency SANA, adding that the legal status of some militants would be resolved while the rest would leave the area for Idleb countryside.

The governor said the agreement stipulates for militants to hand over their heavy weapons and for militants who are not locals of the Barada valley to leave the area. Syrian army units will also be allowed to enter the area to clear landmines and explosives in preparation for repair teams to enter the Fijeh Spring to repair damage caused to water pumps and pipelines by terrorist attacks.

Ibrhaim said that leaders of armed groups are working to pressure militants who are not from the area to leave, and that the practicalities of applying the agreement will become clear within hours.

He added that work is currently underway to resolve the legal status of many militants from the villages of the Barada valley, including Deir Qanoun, Deir Maqran, and Kfir al-Zait.