Syria's PM tells Lebanese media that the Assad government’s participation in the Astana talks is evidence of its sincere desire to reach a political solution, and that starting the reconstruction process will help lift citizens out of suffering 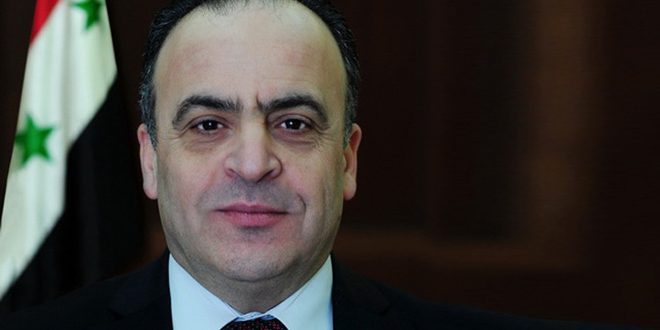 Prime Minister Imad Khamis said the Syrian government’s participation in the upcoming Astana talks is proof of its sincere desire to reach a political solution to end the bloodshed and unify national efforts against terrorism.

“Regardless of what we expect about the destiny of Astana talks and their seriousness, the Syrian government will seize all opportunities to try to find a political solution to the crisis,” Khamis said in an interview with Lebanese Maraya magazine.

In his remarks on the Syrian government’s working program, Khamis pointed out that the state has prioritized offering full support to the Syrian army in its fight against terrorism, working on restarting production in Syria’s main economic sectors, and seeking to meet citizens’ needs to alleviate the effects of war on their daily lives.

He added that the second track concerns the setting up of national strategies in all fields to help the state and society overcome the enormous effects of the war and kick-start the reconstruction process.

Khamis highlighted that the economic sanctions imposed on Syria have deepened the suffering of the Syrian citizens as they have affected their access to basic needs, particularly food, medicine and heating fuel.

He pointed out that friendly countries which have stood by Syria will help take part in the reconstruction process, noting that there are already many parties that have expressed their readiness to start large-scale investments in Syria.