Coalition reports that Syria's rebel delegation to the Astana meetings demands the departure of Assad, as well as rejecting Iran's involvement as a guarantor in any political process while calling for the removal of Iranian-backed militias from Syrian territory 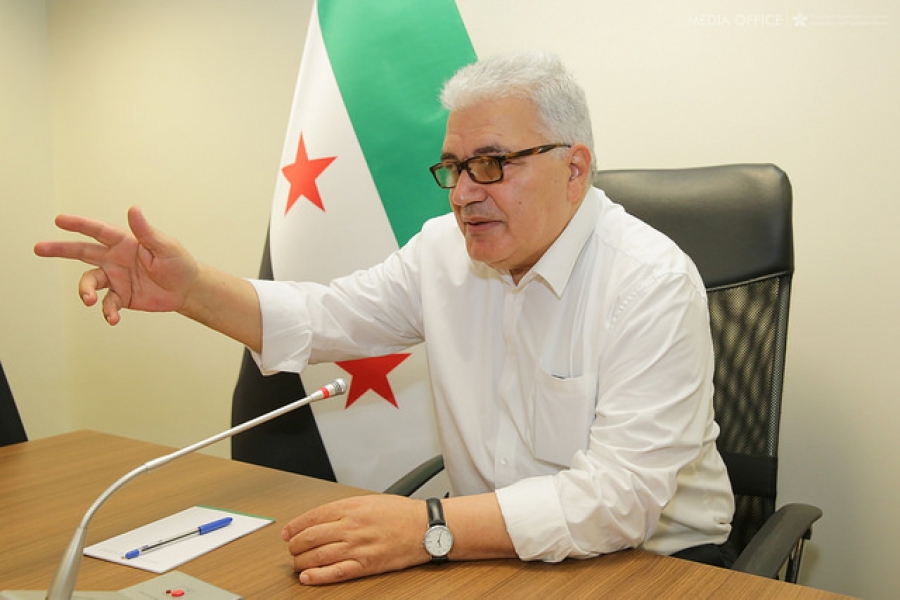 Syria’s main political opposition reiterated that any agreement to consolidate the ceasefire must cover all Syrian territory, with the exception of the areas controlled by the Islamic State group.

Muwaffaq Nirabiya, vice-president of the Syrian National Coalition, said that the delegation representing the armed opposition at the ongoing Astana meeting vehemently rejected Iran as a guarantor of any agreement in Syria. The delegation stressed that the talks in the Astana meeting must be exclusively focused on the consolidation of the ceasefire without discussing the political track.

At the Astana meeting began Monday, Nirabiya rejected the targeting of civilians under any pretext or justification and described it as a “war crime punishable under international law and international humanitarian law."

Mohammed Alloush, head of the armed opposition’s delegation to the Astana meeting, said during the meeting’s opening session that the political process in Syria "must begin with the departure of Bashar al-Assad and his inner circle as well as the withdrawal of all Iranian-backed foreign militias from Syria.”

Alloush added: “We did not come here to share power with Assad or to seek influence."

Nirabiya stressed the need for sustained, unhindered humanitarian access to the besieged areas and as a prelude to the complete lifting of the sieges. He also called for the inclusion of a number of items on the agenda of the meeting, including the issues of detainees and forced displacement.

Nirabiya reiterated Alloush’s calls to withdraw all the Iranian-backed foreign militias from Syria and to designate them as terrorist groups responsible for violations and war crimes.