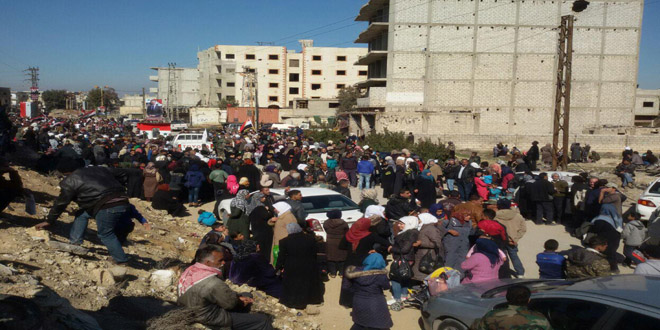 Residents of the Ziabiyeh suburbs in the Damascus countryside have begun to return to their homes after repair teams restored the area’s infrastructure following attacks by terrorist organizations.

In a press statement, minister for reconciliations Ali Haidar said the families’ return to Ziabiyeh is a message to all citizens that the state is serious about ensuring the return of all citizens to their home areas.

Speaking about the Al-Sabinah area, Haidar affirmed that the families will return in a few days, and that later all displaced people will be able to return to their homes after safety is restored to the area and basic living requirements are secured.

Quneitra Governor Ahmad Sheikh Abdul-Qader announced that the return of over 40,000 people will occur gradually, starting with the relatives of martyrs, wounded people and military members, followed by families of state workers.