The Syrian regime held a widely publicized mourning ceremony for six fallen officers from Tartous, as Tartousi residents, a formidable source of regime militant suppliers, resist conscription of their children for the draining war effort 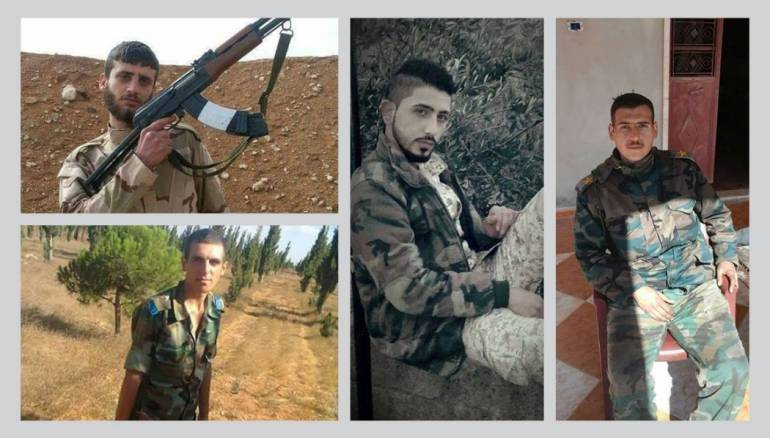 The Syrian regime held a mourning ceremony for six officers from the coastal province of Tartous who were killed this week on the Aleppo and Palmyra fronts, a local reporter said.

Residents of Tartous, the regime's strong source of supply of militants, say no men were left in the city. They said there were funerals everywhere on a daily basis. The daily bloodshed pushed Assad supporters to demand a peaceful end to the six-year war.

Tartous has suffered decades of negligence compared to its next-door neighboring city of Lattakia where tourism services and fortune exist in abundance.

Lattakia has also mourned at least 81 regime officers and soldiers killed in the last two weeks.‫

The Syrian regime has not published official figures of its war casualties. Syrian state television refuses to broadcast any news on the death of Alawite soldiers, while exaggerating deaths of their Sunni comrades, all meant to shore up Sunni support, according to the Telegraph Channel.‫

The Alawites, the Assad family's sect, have seen up to a third of their young men killed in the Syrian conflict and mothers are beginning to resist sending their sons to war.

The peaceful demonstrations that led to a deadly war imposed by the Syrian regime and key regional players has led to the death of at least 465,000 people, including 150,000 children, with the number of the displaced standing at over 12 million civilians.